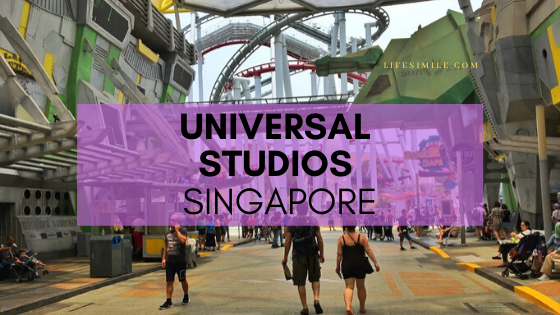 The New York Library façade is only in 3D in Universal Studios Singapore; it is only in 2D everywhere else. The Battlestar Galactica is the world’s highest dueling roller coaster, standing at 42.5 meters.

In fact, 18 of the 24-movie-themed rides were designed just for Singapore Park. A massive theme park on Singapore’s Sentosa Island is the best destination for pleasure and relaxation. It is Southeast Asia’s only park with 24 thrilling rides, as well as a variety of shows and attractions spread throughout seven theme zones.

This 20-hectare theme park is the first of its type in Southeast Asia from Universal Studios. It is home to the Battlestar Galactica, the world’s highest dueling rollercoaster, as well as the Sesame Street Spaghetti Space Chase and Puss In Boots’ Giant Journey attractions.

Here are seven unique-designed areas, each themed after the movie icons. In the Hollywood Zone, you will find the famous Hollywood Walk of Fame. As you make your way to New York, the landscape has transformed into a captivating city skyline with a subway mock-up. Here, you can go to a movie set and enjoy the destructive power of a hurricane with special effects produced by Steven Spielberg.

Featured in Sci-Fi City’s famous Transformers The Ride: The Ultimate 3D War Journey where you battle evil forces in a heart-rending 3D battle. Move to ancient Egypt and face mummies and scarab beetles on an indoor roller coaster in total darkness It is better to ignite your fears. In Madagascar, a riverboat is ready to soak in the voyage.

The performance at Universal Studios Singapore is equally spectacular. Young people will love the Far Shrek 4-D adventure, a cinematic experience that allows viewers to physically feel the action of the movie.

After an exciting day, replenish your energy in the attractions and step into many themed restaurants throughout the park.

Whether you go on Fridays, Saturdays, or selected public holidays, you’ll be able to experience the park after dark with Universal After Hours, a thrilling lineup of night-time activities from 10 am to 10 pm. Rhythm pulls on the beats of the truck, indulges in street food decor, and is admired by the stars of the Hollywood Dreams Light Up Parade.

3. Types of tickets and where to find them

Entrance ticket to the park. The general price is 76, but you can find promotions online.

Allow you to use a separate (short) row for rides. These are not admission tickets.

Express passes start at $ 30 and $ 50. They are so valuable dynamically before this, especially because the peak season means making them cheaper. You can get them inside the park.

Any day of the year will be a good time.

But if you want to avoid the crowds, note that the park is busiest on weekends and during school holidays in March, June, September, and December.

The trade going into the day of the week is that you can miss the Hollywood Dreams Light Up Parade and the sights of the fireworks. (See visitor information calendar for when two shows are running and when there is extended time for a park)

If you have received a ticket, arrive early an hour before the park opens. If you’ve already purchased a ticket online, as suggested by us, grab the obligatory photos with Universal Globe (less likely to be photobombed).

If you are lucky and live here with your family, you may even be chosen as the ‘open family’ of the day. You will be part of the day’s opening, as well as some additional benefits to choose from.

5. How do I get to Universal Studios Singapore?

The nearest MRT is the Harborfront Station. To get to the resort use the Sentosa Express, RWS8 bus, or take a walk on the Sentosa Boardwalk.

If you bring a taxi, stop at the casino. Pick up the escalators and you’ll be able to see the Universal Globe.

Singapore’s weather is warm and humid. It is best to wear light, tight clothing.

Wear comfortable shoes because you will be walking around a lot. The park is 20 hectares which is a combined size of 25 football fields.

During the rainy season from September to February you can occasionally bring ponchos (or get in the park) for rain or showers.

Yes, you can leave Universal Studios Singapore in the middle of your trip.

To get out simply get the re-entry hand stamp and put your admission ticket. With these, you can return to the park the same day.

9. Tips for a better experience

You will find row time boards around Universal Studios Singapore.

Once in the park, choose a studio guide and orient yourself.

10. Must go for thrill-seekers

You can find meet-and-greet times on the daily program schedule.
USS Minion Meet and Greetings
Look for meetings and great timing boards. The timing of your trip may vary.

The queue for photos with Madagascar characters after their Street Show.

Pinocchio can see you far away.

Sting Olly (next to Katie’s Grill) is inspired by the 1973 movie The Sting.

Cross the lake in Madagascar and get a shot of the entire Battlestar Galactica foam.

Take a picture of the castles and Madagascar, standing opposite the lake in ancient Egypt.

A squabble with your favorite characters from Madagascar, Mummy’s Revenge, Jurassic Park and Shrek, and more. The characters and their floats will sail from The Lost World to New York in a fun-filled music parade.

Catch a fireworks show set to a brilliant musical score that will illuminate your night.

Select Saturday. Check out the show schedule for more information.

18. What to eat at Universal Studios Singapore

If you are looking for simple theme park food, we found them: from Goldilocks to Fascinating Fried Chicken and Fry; The burgers are paired with a dense creamy milkshake and hotdog from Mel’s drive-in for an instant bite of fossil fuels. Yum.

For anything more unique, here are some dining outlets that you should try.

The giant pizza is enough to feed a family of six. If you are with a large group, come on over.

Knowledge of an 8-inch juicy turkey leg that can feed two people. Tastes more like chicken but chewing more.

Get Marilyn’s spicy garland turkey leg if you like foods that crush your lips.

When a burglar marries a hot dog bun? The stolen dog This high-sugar level snack will give you a squeeze of sugar juice to conquer all the rides.

If the pork dishes are not to your liking, there are many restaurants in RWS. Depending on what tickles your fancy welfare, we recommend our celebrity restaurant or Malaysian Food Street.

Get a hand stamp when you arrive and book a ticket to return to Universal Studios Singapore on the same day. Each zone has its own store with themed merchandise.

Universal Studios Store: Flagship Real Outlet where you can get a little something from different regions. Perfect for buying everything in one go.

Minion Mart: Hate my product with a heavy focus on minions

Transformers Supply Vault: Available here if you are a fan of Autobot, Toys, and Transformers models.

Dino-Store: A favorite base of paleontologists. Features Jurassic World Merchandise.

Minion Mart frustrates me for everything.

The Big Bird Emporium can be found in New York right next to the Sesame Street Spaghetti Space Chase.

The Baby Center has two nursing cubicles. It also offers microwaves, diapers and bed liners for coin dispensers, and even a place for older kids to play.

Find other resort nursing rooms.
You have to be this tall to ride
Universal Studios Singapore Minimum height for attractions
Find out if your baby is tall enough to handle the attractions. 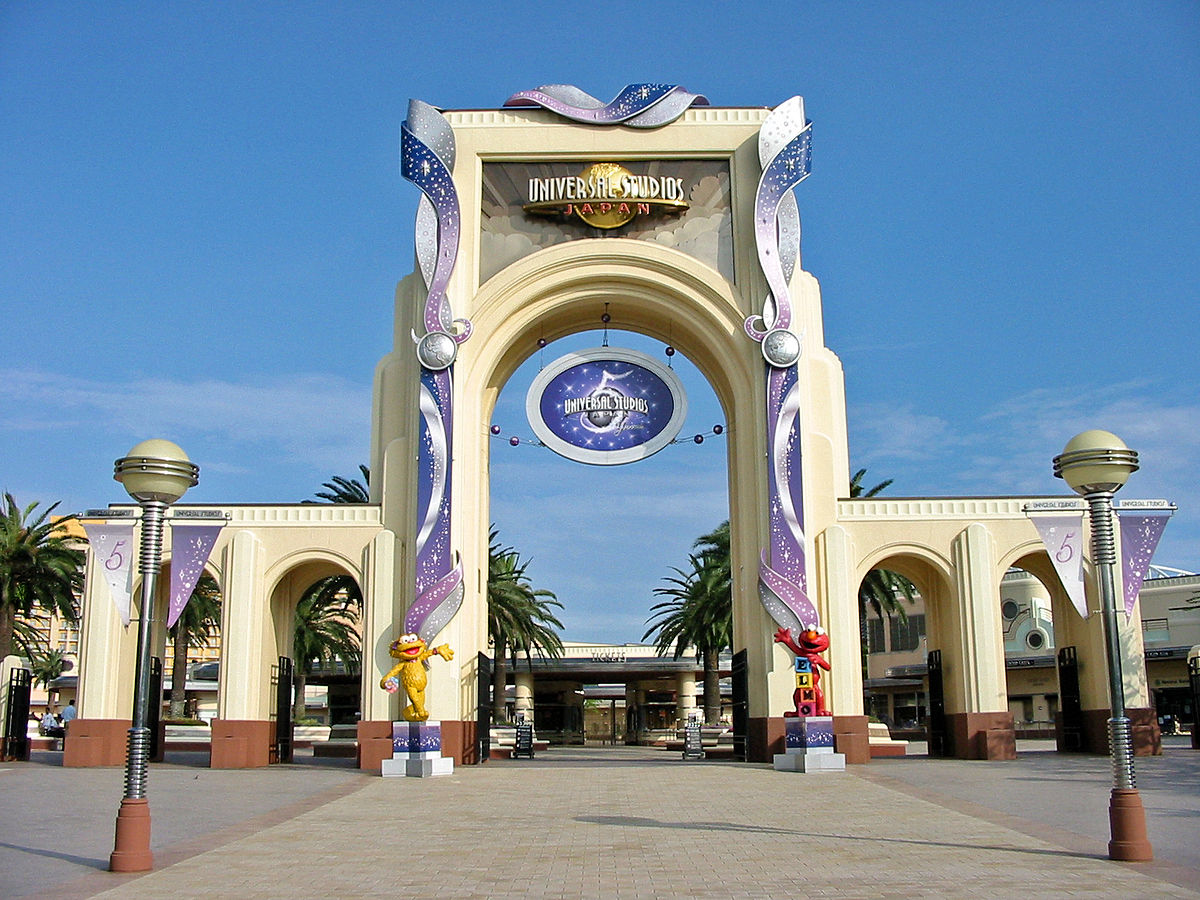